In my last post, I shared how my brother, sister and I came to the conclusion that it was time to move my mom.  And while it was tough coming to that conclusion, the act of physically moving the Little Old Lady (LOL) to an assisted living place was even more difficult.  See, while the LOL admitted she wasn’t using her dishwasher, oven, washing machine and dryer, and was sporadically unplugging her TV and phone, she was still adamant that she would make her own decision as to when it would be time for her to move. She had decided that Bickford of Okemos was where she wanted to be some day, but “some day” hadn’t come, said she.

Now, I’m occasionally more stubborn than the person from whence half my genes came, and so I contacted a few close friends to make sure they’d step up to the plate if the LOL refused to move.  Next, I contacted her primary physician to make sure he supported me, and I made sure my brother and sister hadn’t had second thoughts.  Then I took the LOL back to Bickford, because her memory of what it looked like had faded.  I gave her my own tour, touting all the great amenities, including the fact that the cooks  could accommodate her 30-year habit of having oatmeal with frozen blueberries for breakfast.  And I mentioned the fact that some of the residents had four legs, including this 14-year-old dog that Bickford kept when the owner passed away.  That says a lot about a place if you ask me.

After we toured Bickford the second time, I put down a deposit on a room and had another conversation with the LOL.  This time I mentioned who all was behind me.  She responded with, “What did I do to deserve this?” I pointed out that she had done really well on her own, and as with her driving, it was a good idea to quit while she had a good record and hadn’t hurt anyone, including herself.  I said that her safety was my primary concern, and that I was also interested in her getting more social interactions.  She looked at me with a defiant glare and said,  “Okay but not until I see my family doctor.”  The following Saturday, we met with her family physician, who–after beating around the bush and bringing me to a near state of panic–finally looked at my mom and said, “It’s time.”

And that, luckily, was all the LOL needed.

The next step was for me to bring in reinforcements for the move.  Now, every team needs at least three people, so I selected my brother and sister.  My brother , Lloyd, brought from New Jersey a sense of humor, musical abilities and an engineering prowess, while my sister, Aby, brought from Illinois a sense of humor, impeccable organizational skills and a knack for interior decorating.  My brother also brought some interesting t-shirts, like this one which read:  National Sarcasm Society.  Like we need your help. 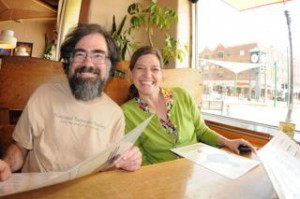 The first thing  Team LOL did is go to Bickford and take some measurements.

My brother wore a different shirt for this occasion. 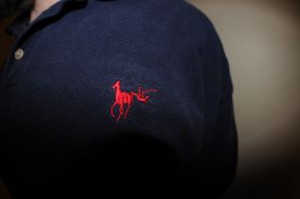 Back at the LOL’s condo, Aby and I put boxes together and packed while Lloyd made miniature pieces of furniture to scale so we could see what might fit where.

While we worked, Mom entertained neighbors who stopped by to say good-bye.

We packed everything up on the Thursday before Memorial Day.  The next day, Two Men and a Truck showed up.  That’s one organization that’s perfectly named, because sure enough, two men showed up with a truck to move the heavy furniture.  They gift-wrapped all the furniture, loaded it up on to their truck, drove the 3/4 mile trip to Bickford and unloaded everything.

I took photos, including a selfie.

We left the LOL at Bickford for her first night, returned to her condo and thought about playing a friendly game of cards.  We couldn’t think of a friendly game, so we played the fast-paced game we call Scrunch.

The next day we took the LOL to Binder Zoo so she could feed the giraffes.  I had my fish-eye lens so that we could get another stellar selfie.

We all got to feed the giraffes. And while I think my mom enjoyed herself…

…I think Aby enjoyed it the most.

We spent the rest of the evening and the next day packing up stuff to donate, taking a few more things over to the LOL’s new place, and getting her new TV remote going (thanks to Lloyd).  We also went out to dinner at El Azteco.

On the way home, we, stopped to see an old friend, Sparty, on the MSU campus.

I couldn’t help but notice the similarities between Aby’s and Sparty’s feet.

Lloyd left the next morning (Sunday), Aby on Memorial Day.  Over the next few weeks, I took an entire car load of paper, plastic, etc. to get recycled, and went through every item left in Mom’s condo with her so she had a choice about whether something got donated, sold, stored or taken to her new place.  I also made several trips to the Salvation Army and Goodwill,  the former of which will NOT take Christmas goods this time of year, I learned.

The LOL, meanwhile, was settling in quite nicely at Bickford.  One evening last week, as the LOL and I were about to leave Bickford to clean her condo, she  saw some of the residents in the lobby at Bickford, turned to me and said, “Do you mind if I stay here this evening with my friends?”

In fact, as I drove to her condo alone, I couldn’t have been happier for her.

Brought tears to my eyes Amy. Great writing. Even with the lightness of the story, it’s easy to feel the heaviness. Love you and big hugs!