Once upon a time there was a woman I affectionately called the Little Old Lady (LOL) who lived by herself in a condominium for 30 years.  She was an independent woman, driving hither and yon, doing her own grocery shopping, cleaning her house, and navigating two flights of stairs with ease.  But in 2010 things began to change–after getting lost en route to see her younger daughter in Illinois, the LOL was diagnosed with early onset Alzheimer’s.  In 2011, her driving was limited to 50 miles.  In April 2013, she failed the written driving test and was no longer able to drive.  From April 2013 until just last week, the Little Old Lady’s three children–Amy, Aby and Lloyd–witnessed a slow, but steady decline.

Last week, we moved the Little Old Lady to an assisted living facility.  It was both one of the most difficult things I’ve ever done and one of the best things I’ve ever done.  The LOL’s condominium is a tri-level, so she had three sets of stairs to navigate every day.  Over the winter of 2013-2014, when she was unable to drive and get out to walk on a regular basis, I saw her strength dissipate.  I went to bed most nights hoping she wouldn’t fall down the stairs.

Of course, my fear that she might fall didn’t make it such that it was time to move.  But I did start planting the seeds. And those seeds were quickly dug up and pulverized by the LOL.  See, while my mom acknowledged she had Alzheimer’s and said she would have to move one day, she also thought she’d be able to tell when that day had arrived.  I suggested otherwise…and was pulverized just like the seeds.

So for quite some time, I remained quiet and took her grocery shopping, walked the mall with her once in a while, and took her to doctor appointments.  And I kept notes.  First, I noted little things.  For example, in February 2013, Mom no longer sent birthday cards or anniversary cards.  And that was one of the things she had ALWAYS done. 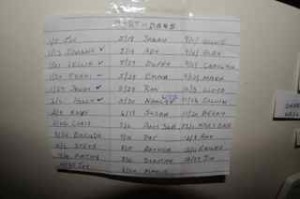 The LOL also complained that her calendar was all messed up.  One of the reasons, I discovered, is that she had not one, but two calendars. 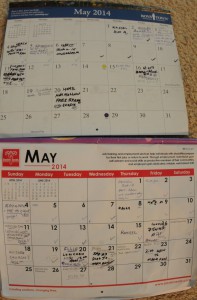 I also noticed that she struggled with paperwork, including sorting the important stuff from people wanting her money.  The LOL and I had more than a few discussions about legitimate organizations and the ones I referred to as vultures. 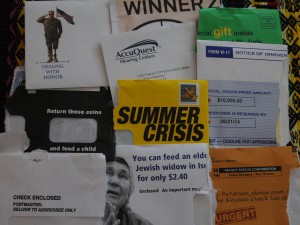 I also noticed a decreasing ability to use electronic devises.   Starting about 12 months ago, the LOL started washing her dished by hand because she claimed the dishwasher didn’t work.  Nine months ago she complained that her oven didn’t cook things right, so she started only “cooking” things via the stove and the microwave.  Six months ago, the LOL unplugged her phones, turned off her answering machine and then didn’t know why nobody called her.  After I reset her answering machine, she forgot to retrieve messages and call people back sometimes.  The microwave went out, but that’s because she blew a fuse, which I was actually able to fix.  And yes, the stove worked, but given that nothing else worked from her perspective,  I worried for a long time that she’d burn the house down using the stove.  The most recent sign that things weren’t quite right in the world of electronics was when I discovered a note she put on a switch plate in the kitchen intended to denote the garbage disposal from the light switch.  Check out the spelling.

The LOL also said that people on the TV were staring at her.  That was only a bit disconcerting, and also the reason the TV was unplugged again and again.  I “fixed” her TV several times over the winter (by plugging it back in) and she once hired the very honest and reliable guy from the TV Den to fix her TV, too, which required any actual fixing, either.  And that was all okay, until about three months ago when she told a friend that people were coming out of the TV and walking around her room.  The people were all friendly, though, so her friend wasn’t worried.  But I was worried, so I wrote a letter to her neurologist about what I thought might be hallucinations.  When he didn’t call to express his concern, I let the people continue staring at the LOL and walk around her room now and again.

I also noticed a change in the LOL’s clothing and towels.  For example, a couple of months ago, I noticed that LOL’s favorite corduroy jacket had mung on it and was in need of a trip to the dry cleaner.  I took care of that, not thinking much more of it because other clothes seemed to be clean.  A couple of weeks later, though, I noticed she was wearing the same clothes over and over again, some of which were being held up with safety pins (for reasons that were not clear to me); some had holes in them.  She said she needed to go out and get more clothes, yet she had clothes she’d forgotten about in her two dresser drawers…the contents of which she’d forgotten about.  It was only when we actually finally moved the LOL that we discovered she hadn’t used her washing machine for quite some time.  It, too, was “broken,” she claimed.

About two months ago, I noticed that the refrigerator and pantry contained expired products and duplicates of the same products.  But since I can claim the same situation in my own house sometimes, I didn’t pay much attention until I noticed that the LOL’s fridge had three bottles of Ken’s raspberry vinaigrette, two opened and half-eaten containers of yogurt, and some deli meat that was moldy.  In her pantry was an opened jar of applesauce that should have been in the fridge.  I also found Kleenex boxes everywhere in the house–every room, every cupboard.  Now, you’d think that since  I took her to the grocery store the last year I would have noticed some of these things, but it wasn’t until the last month that I realized this was going on.

Starting around Easter, the LOL got to the point that she couldn’t remember where we were going five minutes after being told, and she often asked where we were going en route to an appointment.  Also, two hours after we went somewhere, she couldn’t tell me where we’d gone.  My sister and brother were both concerned after she spent Easter with Mark and me, and two hours after I dropped her off at her home, said she hadn’t seen me all day.  The next day, she had no idea who Mark was.

As a result of her quickly declining memory loss, I also lost confidence that she was taking her medications.  I’d tried taping a list to the kitchen counter where she kept most of her meds, but she didn’t like a list there. I’d tried putting them in the M-F plastic box she had, but she said that box was only for vitamins.  I had tried calling to remind her to take her meds, only to hear that she couldn’t remember if she’d taken them.  Over the last three weeks or so, I had no confidence she was taking her medications.

I also noticed that neighbors and friends fell off the radar screen one by one and rapidly.  Over the course of the last three months, the LOL lost the ability to name one neighbor after another.  Jill, the school teacher–whom she seldom saw–was first to go.  A month later, the LOL failed to come up with Cheryl and Bruce, two people who’d come into her condo to fix things over the years.  The LOL recognized Cheryl but couldn’t come up with her name.  A neighbor named Suzanne and her dog, Lulu, were recognized but nameless.  Cindy, the lady next door, was the only name that has remained of her immediate neighbors.  Her closest friends from Livonia are easily named, as are her closest friends in town.  But my four step kids confuse her; my sister’s two kids (especially her son) are impossible for my mom to come up with; my brother’s two daughters’ names come and go; and neither of my siblings’ spouses are named anymore.

Mom also didn’t act like her old self.  Fact is, the LOL was slowing down in many ways.  While she took pride in the speed with which she walked the mall or went up and down stairs, she was doing both at about half the speed she used to.  She had also become more withdrawn, perhaps afraid to report on things that weren’t working or weren’t quite right in her home or in her head.

In spite of all of these signs–and knowing in my heart that the time had come–I struggled with moving her to an assisted living place because there is no checklist for when it’s time to move one’s mom.  Neither her primary physician or her neurologist had said, “It’s time to move.”  And her friends did not tell me much unless I specifically asked.

But before my brother, sister and I made the decision to move our mom–and anticipating she would resist–I contacted several of her closest friends to see if they’d observed anything disconcerting about my mom. And once I got each of them to talking, they all expressed concerns about her living alone.  The one friend that had told me that Mom had said people coming out of the TV and walking around her room said she supported the idea of assisted living.  Another friend expressed concerns about the LOL getting lost on one of her walks.  Another said that she was very engaging in conversation but was sometimes repeating herself.

Armed with all this ammunition, I got Mom to agree to go to visit a large assisted living facility that both her parents had lived in “back in the day.”  We were both immediately confused about the lay-out, where the lunchroom was, how to get to the trails.  While all the people were friendly and nice, the place was just too big.  Afterwards, we stopped at the chiropractor, walked the mall, got some ice cream.  It was 3:30 that Friday when I suggested we stop by Bickford of Okemos, a memory care facility less than a mile from mom’s house that we’d driven by hundreds of times over the years but which I’d never thought about.  Amazingly, the LOL’s face lit up when we walked in.  I knew we’d found her new home.

Getting her there was the hard part, of course.  More about that, in the next blog posting.