When it rains, it sometimes pours…unless you’re in Michigan in mid-April, in which case you might wake up to snow like we did last week.  Anyway, last week an excerpt from my book Something Furry Underfoot was posted on Lifewithpetsmagazine.com  along with some cute photos of pets, and one with me from like way back PGH (pre-gray-hair).  So thanks to editor Angie Brooks for the lovely exposure on her UK pet site! 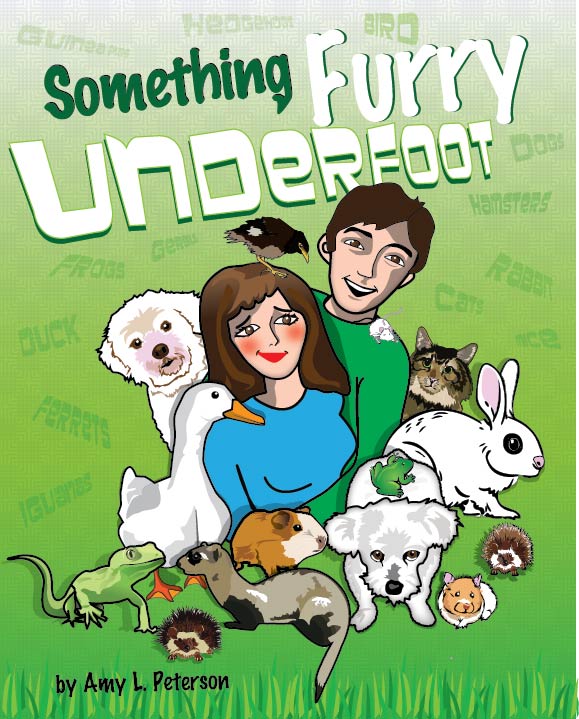 Also PetRadioShow.com featured Winston and Snickers as the Daily Pet.  Included with their cute photo is the story of how they rescued Mark and me.  Thank you to Robert P Hudson for the great coverage and for already re-Tweeting my Tweet about the posting!

I also heard from Jan Keefe from Wag’n Woof Pets and she just posted a most excellent review of my book on her cute web site about pets.

AND to end the week, my book was featured on author Aubrey Wynne’s site.  Her site is mostly for touting historical romances and I think it real swell of Aubrey for featuring a, uh, light  romance about a man and woman that live in Michigan with a bunch of pets.  It’ll be “historical” some day. So thanks for that posting Aubrey!